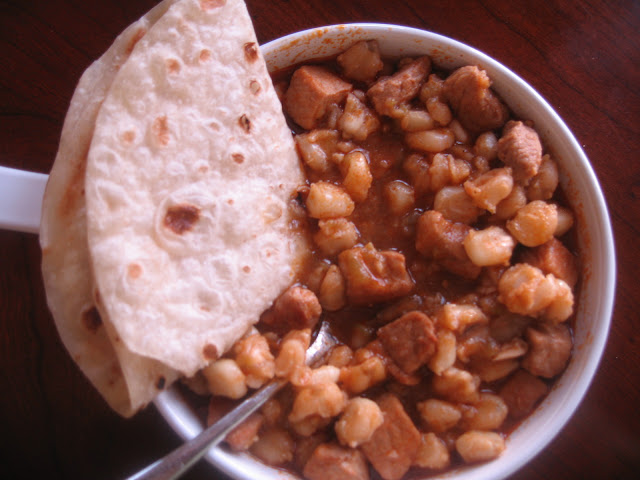 I debated sharing the true history of this hearty soup/stew, based on a few significant details that I just learned while researching the dish to do this blog entry. Quite frankly, the story was mesmerizing and I just have to share it with you.

Please be forewarned, that it may give you the creeps to read the true history of Pozole but understand many years have passed and the traditions have changed.  Here goes.....

Ritual significance: Source Wikipedia
Since corn was a sacred plant for the Aztecs and other inhabitants of Mesoamerica, pozole was made to be consumed on special events. The conjunction of corn (usually whole hominy kernels) and meat in a single dish is of particular interest to scholars because the ancient Mexicans believed that the gods made humans out of cornmeal dough. According to research by the National Institute of Anthropology and History and the Universidad Nacional Autónoma de México, in these special occasions, the meat used in the pozole was human. (This is where is gets kinda gross!) [4]


After the prisoners were killed by having their hearts torn out in a ritual sacrifice, the rest of the body was chopped and cooked with corn. The meal was shared among the whole community as an act of religious communion. After the conquest, when cannibalism was banned, pork became the staple meat, as it "tasted very similar", according to a Spanish priest!


ICK!  The saying that "it tastes just like chicken" takes on a whole new meaning here!  Thank God, the conquest occurred and cannibalism was done away with...pork is a much easier meat to swallow...literally!

My family recipe is filled with happy memories of sharing communion with each other and more often than not, a little tequila was consumed over the years to wash down this spicy soup!

For this recipe I used the frozen uncooked hominy but canned hominy will work just fine. 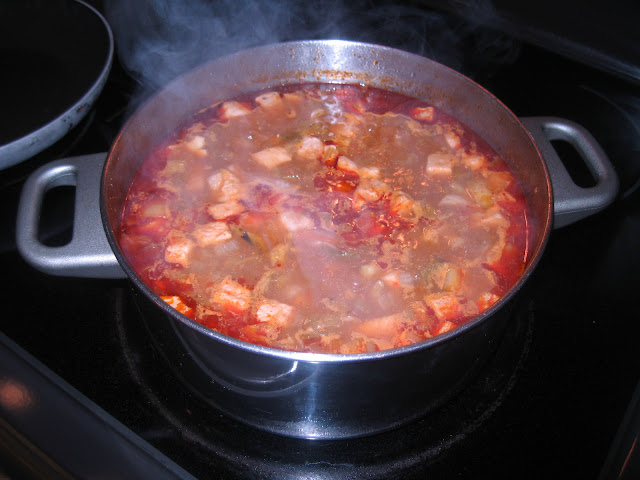 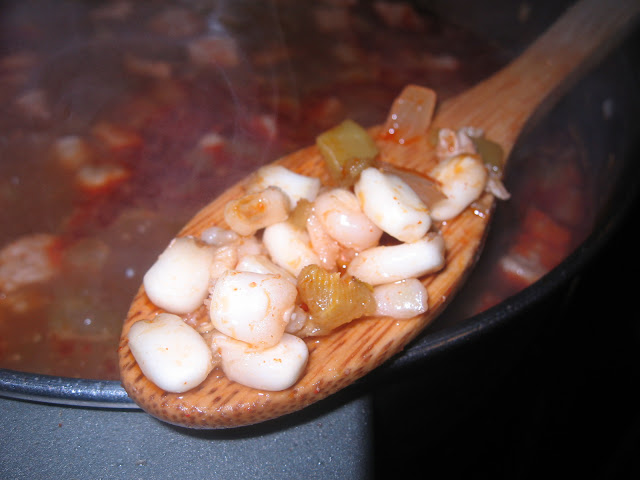 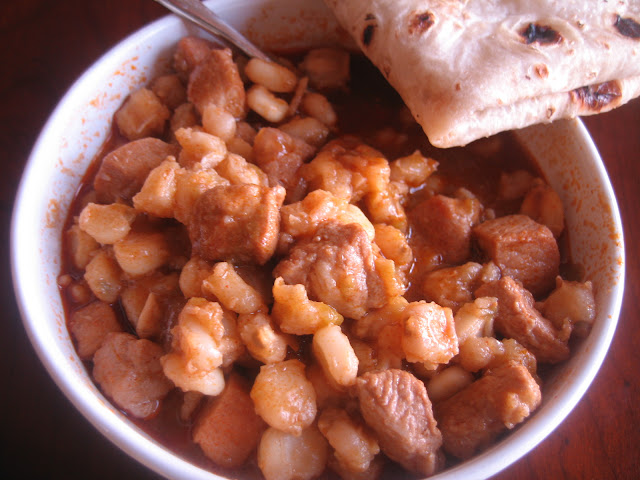 Pozole can be served with flour or corn tortillas or used as a side dish.

The smell of cooking chilies and hominy will wash away the past, fill your house with joy and warm your soul!

May your New Year be Blessed and filled with love and happiness!!