Dutch Apple Baby with Blackberry Hoisin Bacon is my entry for the World Food Championships Recipe Contest, category BACON! This sweet and savory breakfast can also be served as a sideboard brunch dish or as the main event at dinner! When served with additional blackberry syrup and a piping hot cup of coffee, this Dutch baby pancake recipe is scrumptious! 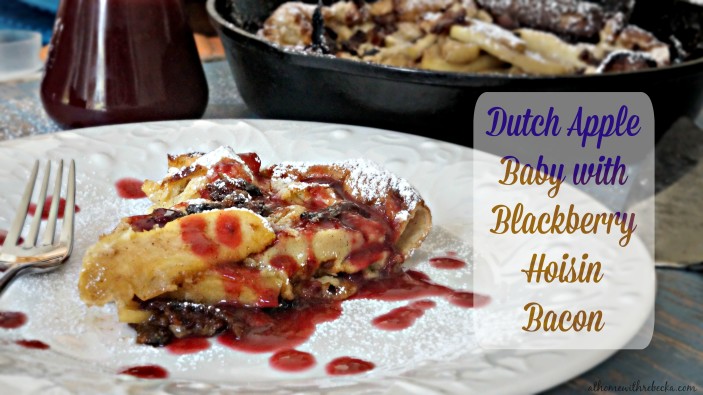 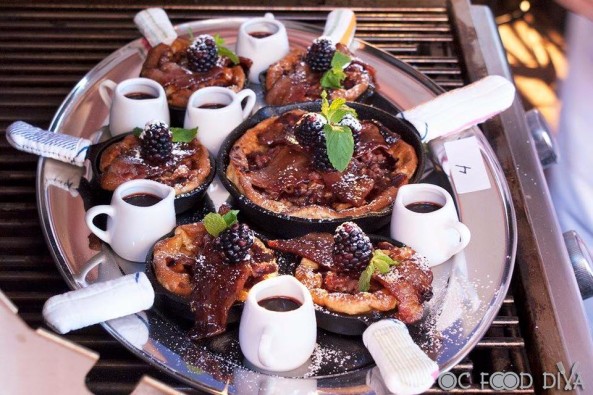 I've been in the kitchen for the past few weeks, creating recipes like a madwoman in order to win a coveted Golden Ticket to the World Food Championships this coming June. This Dutch apple baby pancake recipe, as well as a few more, are being entered via Just a Pinch website, in the WFC official qualifying event.

Contest Information: Earn your chance to cook at the 2015 World Food Championships. It's the ultimate invite-only culinary competition and you may walk away with some serious bragging rights... and prize money of up to $100,000. It's in a new location this year too - Kissimmee, FL!

*Fresh means creating a recipe using fresh ingredients and products that have never been frozen or canned.A total of twenty (20) winners will be selected from among the categories to compete as part of Team Just A Pinch!

I'm ready to make my way to Florida in a few months to compete; let's hope the official judges choose one of my recipes and honor me with a WIN!

In the meantime, give my Dutch apple baby recipe a try and let me know if it's a winner? 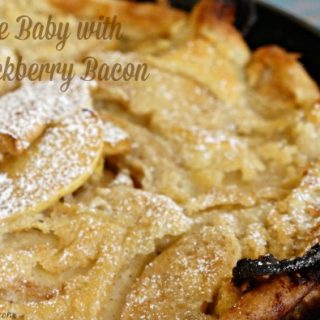 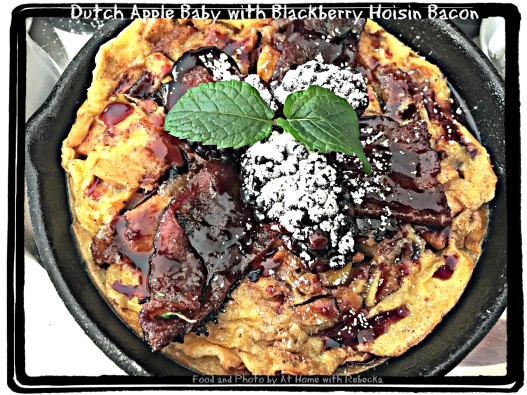 Another delicious brunch recipe to try:
Strawberry Roll Up Pancakes