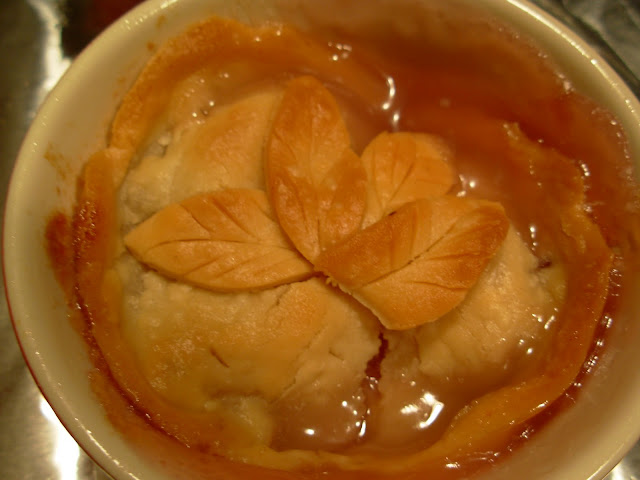 Sweet and tart individual rhubarb pies are simple to make and absolutely scrumptious!
Usually eaten as a fruit, rhubarb is a vegetable belonging to the same family as sorrel and buckwheat. Which seems quite strange given the vast physical and flavor differences between sorrel, buckwheat and rhubarb.  There are about 20 varieties, and only the thick, crunchy stems are edible. Rhubarb reaches its optimal flavor in springtime.

Rhubarb pronounced (ROO-bahrb) can also been used as nounin a heated dispute; brawl.  I've never heard anyone in my family yell..."hey you rhubarb" but Wikipedia says it has been done. Read on....EtymologyThe origin of the plant name rhubarb is from Greek rha (perhaps from Rha, an ancient name of the river Volga on whose bank rhubarb was grown) + barbaros (foreign), but why the word developed this slang sense is unknown. We do know that this usage was popularized in baseball. The Oxford English Dictionary has the first citation from 1943: "Mr 'Red' Barber,.. who has been announcing the games of the Brooklyn Dodgers, has used the term 'rhubarb' to describe an argument, or a mix-up, on the field of play." (NY Herald Tribune) It's unconfirmed whether the word has any connection with "hey rube", hey rube. the term for a circus brawl, or its theatrical use: when the noise of background conversation is to be simulated, a group of actors is asked to repeat the word rhubarb. Source Wikipedia.

More random information for you to store away for those moments when your at a party and someone wants to play Cranium or maybe the word you hurl at the neighbor when his dog has just done his doodie on your lawn and you've just had enough...."Hey, Rhubarb, keep you dog off my lawn!"  Ha!  Sorry, that just hit me kinda funny and I went off on a tangent! 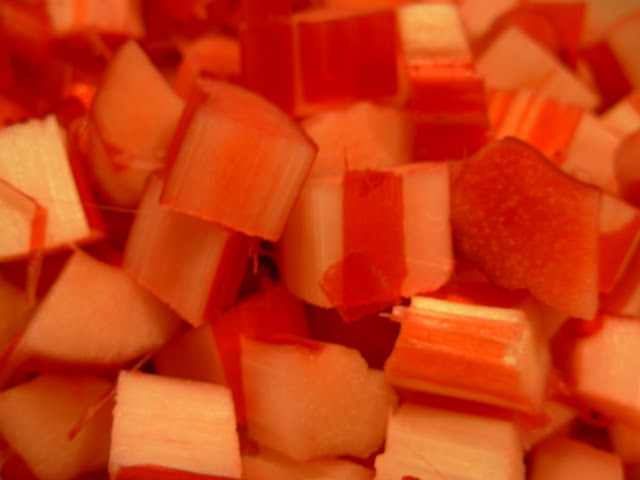 Let's get back on track....There was a time when I could find plump long stalks of rhubarb growing all over the neighborhood and wild in the fields.  Lately, finding good quality rhubarb has been very difficult, and trying to grow my own in high mountain country has been a failure without the aid of a green house.  Happily, the local grocer had some beautiful rhubarb on the shelves this week so I snatched it up and made these beautiful little pies.   I cheated a little and used store bought pre made pie crust.
Individual Rhubarb Pies
2 refrigerator pie crusts
4 cups chopped fresh rhubarb
1 ½ cups sugar
¼ cup flour
2 tablespoons butter 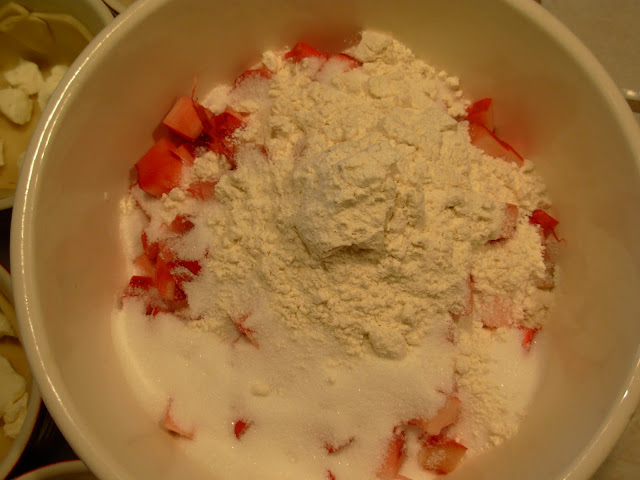 Wash rhubarb and chop into cubes, toss flour, sugar and rhubarb in a medium mixing bowl 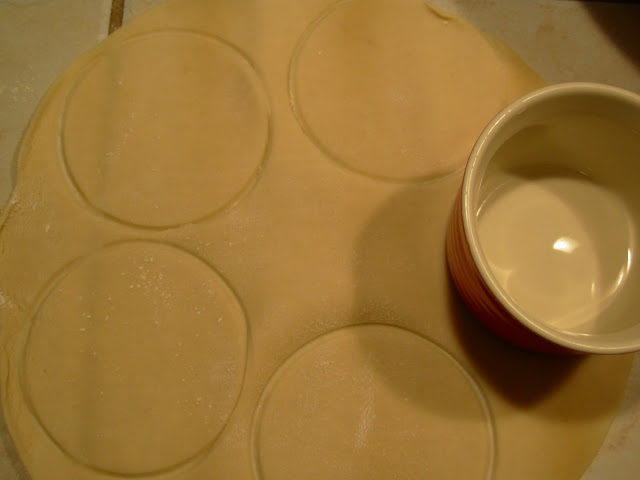 Press inverted ramekin onto pie crust to make rounds.  Cut second pre made pie crust into 2 inch strips, butter 4 ramekins liberally, place one round in bottom of ramekin and add one or two strips to cover all side of ramekin and press together to seal edges, fill ramekins to top with equal portions of rhubarb mixture 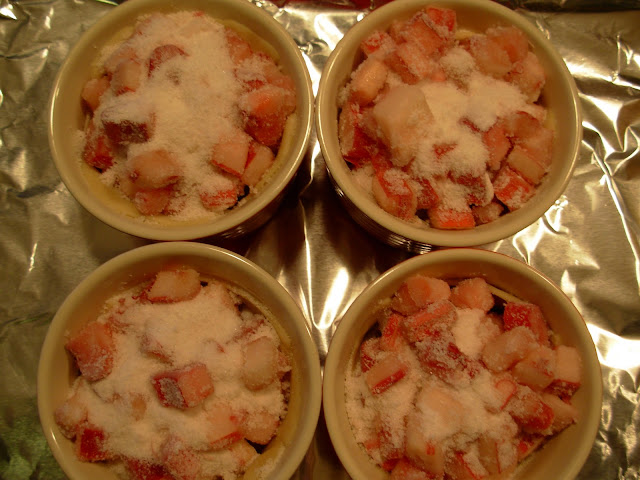 Dot with butter and place additional pie crust round over mixture, pressing edges together to seal.  Decorate pies with leaf shapes made from left over pie dough, cut a few small slits in top to release steam. 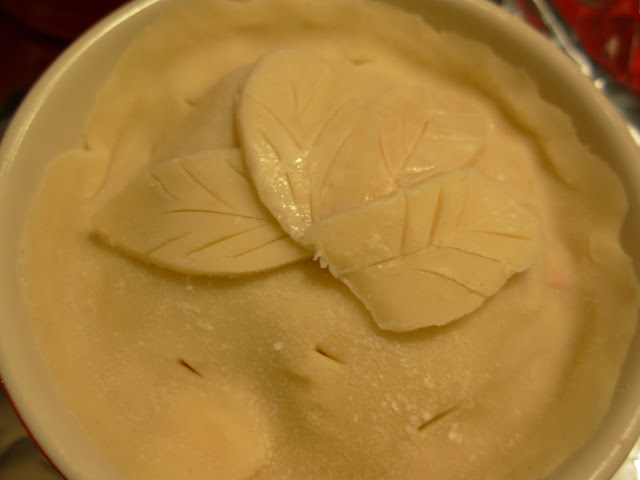 Bake at 350 for 20-30 minutes or until golden brown and bubbly, serve warm with vanilla ice cream.