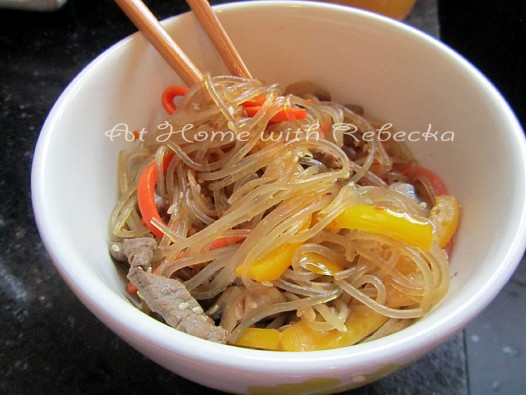 Japchae: Stir Fried Noodles – 잡채, is among my favorite dishes when eating Korean cuisine. Bulgogi: Marinated Beef BBQ – 불고기, ranks a close second and when accompanied by the distinct flavor of Kimchi: Fermented Cabbage – 김치, this delicious meal is as close to nirvana as they come.

Japchae is one of the most popular Korean dishes both inside and outside of Korea and when you taste it you will understand why. Originally japchae was made without noodles – it was invented for the King by one of his chefs and he loved it so much that it became famous across Korea. In more recent times the noodles were added and now they are an essential element to the dish. The noodles used are sweet potato starch noodles which give japchae it's very distinct chewy texture. The vegetables are all lightly cooked so they retain all their flavor. Source: Top 10 Korean Foods

Stir fried in sesame oil with various vegetables (typically thinly sliced carrots, onion, spinach, and mushrooms), sometimes served with beef, and flavoured with soy sauce, and sweetened with sugar. It is usually served garnished with sesame seeds and slivers of chili. It may be served either hot or cold.  This dish is served at Korean parties and special occasions, with seasonal vegetables added.  Japchae is most commonly served as a side dish, though it may be a main dish. It is often served on a bed of rice; together with rice it is known as japchae-bap (잡채밥), bap (밥) meaning "rice." Source Wikipedia

The most difficult element to making Japchae is finding the Korean Style Sweet Potato Starch Noodle (Vermicelle Coreen).  You most certainly will find them in your local Asian market however, finding them in the noodle isle can be a daunting task.  It took me over 20 minutes to find the package, as it was nestled on the top shelf between 30 other varieties of Rice Starch noodles. 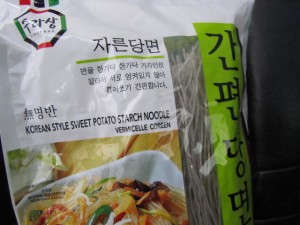 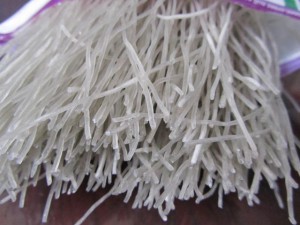 Korean Style Sweet Potato Starch Noodles, have a distinct light purple/grey color; once familiar with the color they become much easier to find, in difference to their white rice cousins.  I've tried the recipe with rice starch noodles, and although the taste is similar, the texture of the potato starch noodle is what really makes this dish. 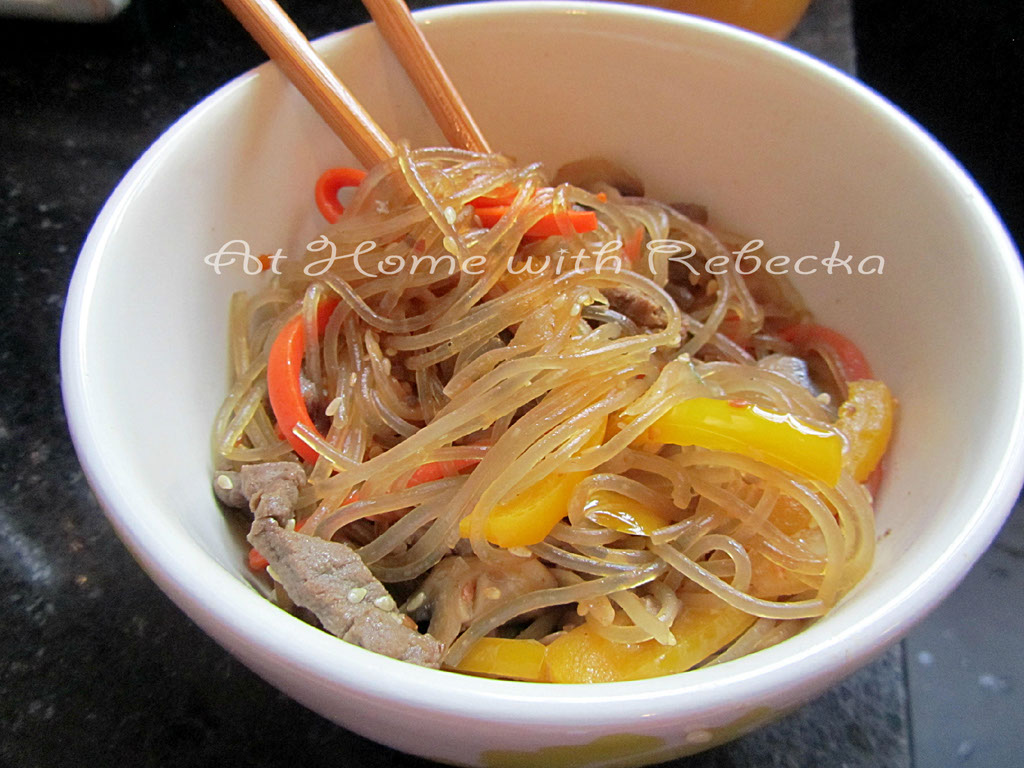 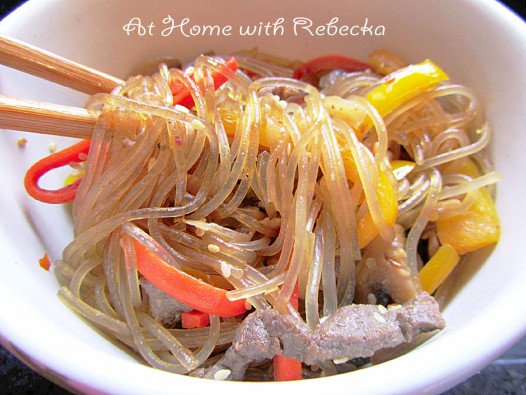 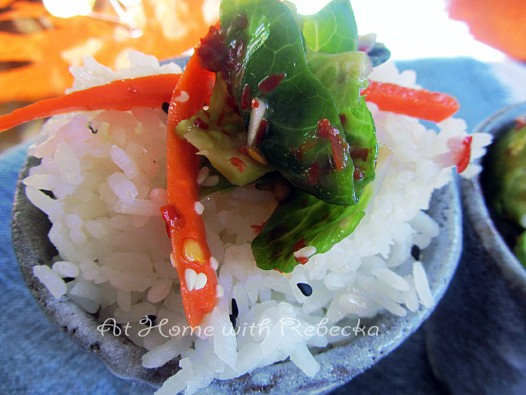 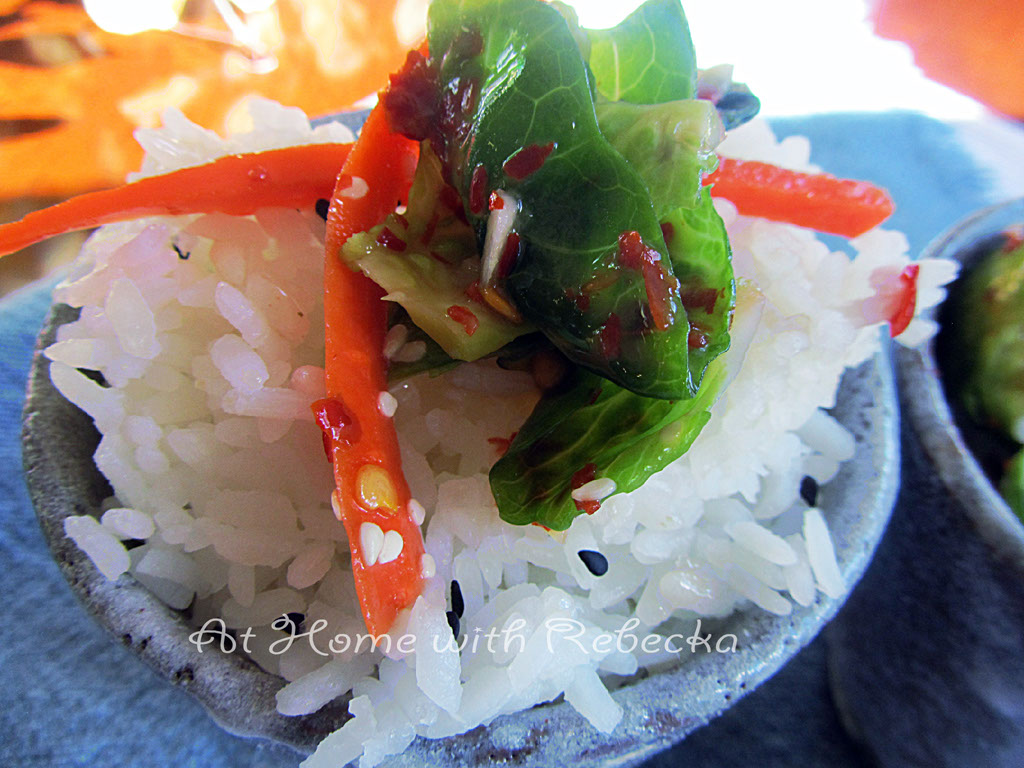 Kimchi can be eaten immediately or stored in the refrigerator for up to two weeks. Adapted from Maanchi
Tried this recipe?Mention @athomewithrebecka or tag #athomewithrebecka!
« Hard Cider Sangria - a Celebration
Holiday Recipe Exchange and Linky Party »