Red beet risotto is a savory rice side dish made from fresh red beets and arborio rice. Beet risotto comes together in about 30 minutes, making this easy rice recipe a beautiful side to pan seared chicken and candied bacon! 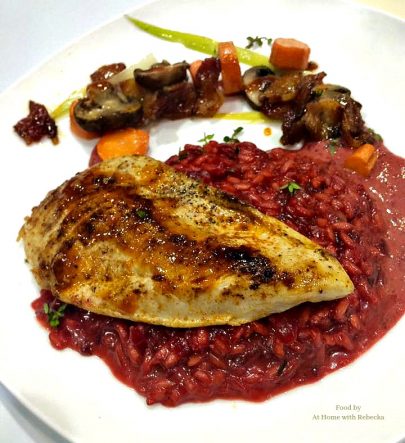 It was an honor to be invited to participate in the Culinary Fight Club Black Box Challenge by Cheferee and Fight Club Host, Anthony Martorini. This very prestigious and coveted cooking challenge was held at the Bay Area Travel and Adventure Show last weekend.  The event hosted two Culinary Fight Club Pro Chef Series Mystery Box Challenge's. Competitors had 45 minutes to cook live in front of an audience and then create 2 perfect plate ups from the supplied box of ingredients plus one infused ingredient for the judges to taste.

Culinary Fight Club is a national organization that hosts live cooking competitions. At each event, attendees watch as contestants from home cooks to executive chefs race for their pantry in 45 seconds. Contestants get to choose from 15 provided ingredients. From there, contestants have 60 minutes to create the most gourmet dish that represents their take on our monthly theme. The audience and judges vote and decide on a winning dish.

Aside from being an incredibly fun event, Culinary Fight Club events exclusively give back to the 501(c) (3) non profit organization Fight2Feed, an organization that partners top restaurants with food trucks to provide service and support to hungry men, women and children in our communities. 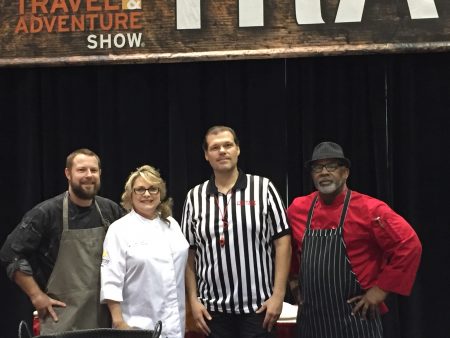 My competitors were professional chefs, Adam Pechal and Richard Pannell. Chef Pannell pulled out the win with only 4 points separating first place from third. Although I didn't win, I stood up to the pressure of competitive food sport, competing along side the pros. Here's a photo of Chef Pannell's winning dish Bourbon Chicken. 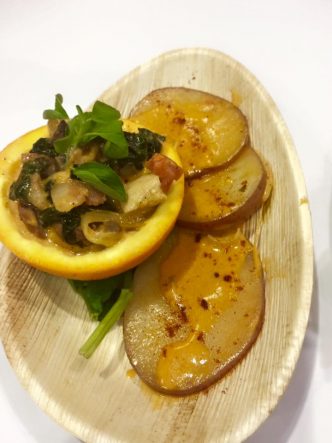 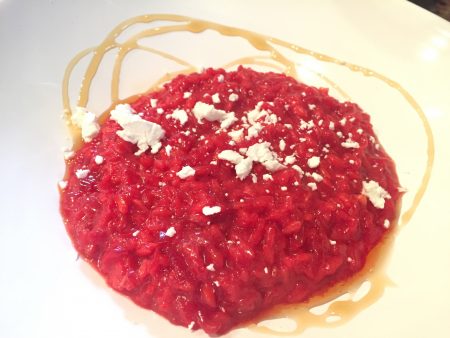 When faced with a "Black Box Challenge" it's always good to have a few recipes tucked away. The official rules allowed for 3 secret ingredients of the chefs choice. Thankfully, I've been working on a Red Beet Risotto recipe for the Oregon State Fair 2017, where I'll be featured as a guest and doing a live demo the last day of the fair, September 3, 2017.

I decided to use the base red beet risotto recipe as my secret ingredients for the Culinary Fight Club Challenge.

My three secret  ingredients: arborio rice, red beets and organic chicken broth.  My strategy was to have a base for my dish then use the Black Box Pantry to complement the dish. Just a few moments into the challenge we were all given a required featured ingredient to use in our dish Thai Srira Srira Smokey Hot Sauce  .  I opted to add a protein to my red beet risotto recipe, using chicken breast from the pantry items. To accompany the dish, I served roasted vegetables and candied Srira Srira bacon. 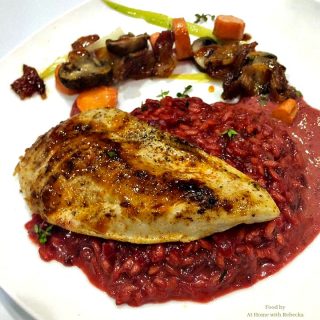 I was thrilled to have my husband Blake step into the Culinary Fight Club ring, serving as my sous for the making of the red beet risotto.

I'm still in the process of recovering from shoulder surgery, so he helped with all the chopping and stirring required. We had an amazing time together. He tells me he' a professional sous after helping me win the Food Network's Clash of the Grandmas!! I think he's right! 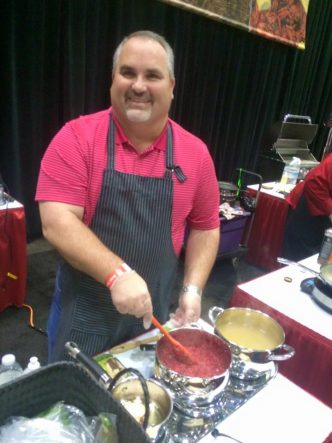 My sweet Blake looking fine in his apron! 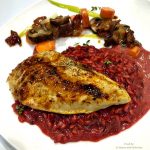 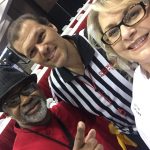 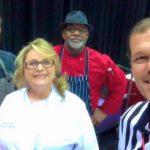 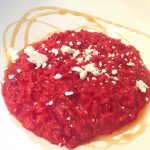 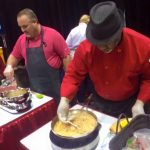