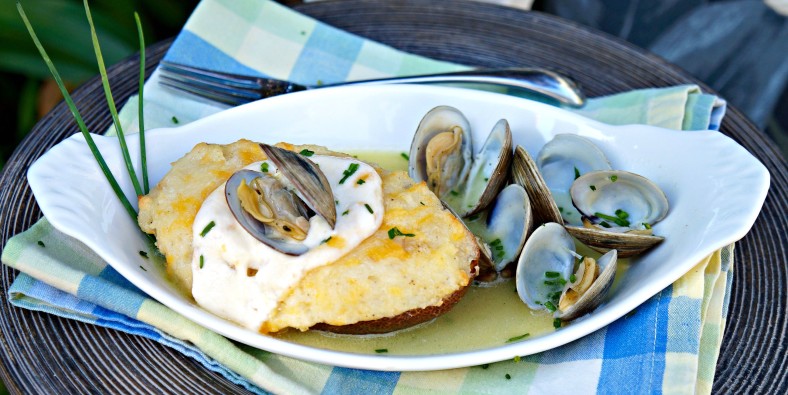 UPDATE: this twice baked potatoes recipe got me a Golden Ticket to the show!! I'm going to World Food Championships in Kissimmee Florida in November, to compete with some of the World's most skilled professional chefs, and seasoned home cooks. Look out Florida, I'm bringing my 'A' game to town! 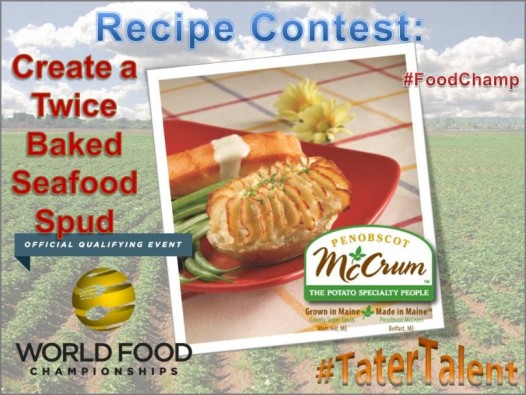 Penobscot McCrum recently launched the #TaterTalent Recipe Contest; an official qualifier for the World Food Championships in the Seafood Category. Winners will use Penobscot McCrum quality products in their competition recipes as well as, other vendors products sponsoring the 2015 event.

Served in a hot-butter, wine broth, accompanied by fresh sautéed clams, and a creamy apricot Jezebel sauce, the flavors meld together to create a entrée worthy dish.

No matter if you choose to serve the dish as an entrée or side, the quality of Penobscot McCrum products can't be beat.

Here's to another food competition entry and the hope of competing at the 2015 World Food Championships. 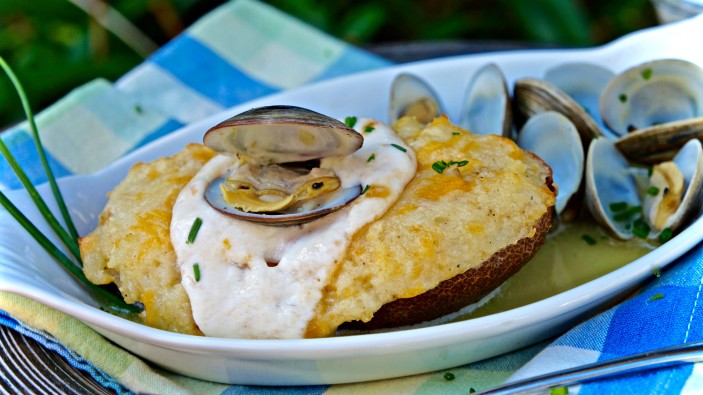 For the Fresh Clams

To serve:
Place cooked potatoes in shallow bowls, add 4-5 cooked clams to each bowl, spoon hot broth over clams, add a dollop of Jezebel sauce to each potato and garnish with chives. ENJOY!!!
Tried this recipe?Mention @athomewithrebecka or tag #athomewithrebecka! 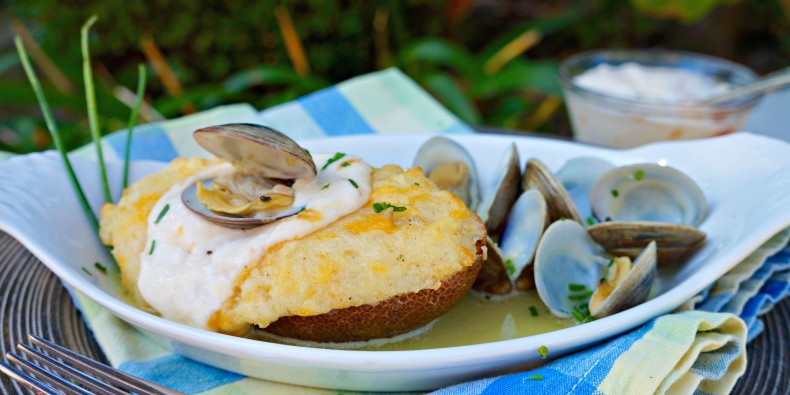 We're getting down to the wire when it comes to qualifying recipe competitions for the 2015 World Food Championships. I have a few more recipes to create before my fate as a competitor this November in Orlando, Florida is decided.

I would love to hear what you think of my Sweet and Savory Clam Bake Twice Baked Potatoes, so take a moment to leave a comment in the section below.