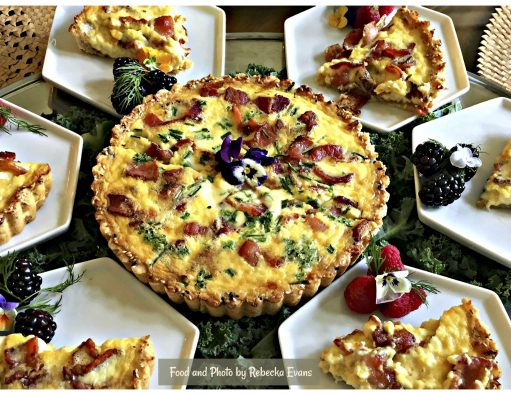 It's time to share my Bacon World Food Championship Structure Build recipe, Three Cheese Quiché Lorraine.  I was so busy competing this year that I only had the opportunity to get one photo of my completed dish (see below). The photo above was taken of my final practice dish before competing in the Bacon World Championships on November 9, 2017.

Let me first thank my wonderful sponsor Saucy Mama. Suzie Barhyte and her wonderful company allowed me the pleasure to compete on Team Saucy Mama and use their amazing products in my recipes.  Also, Thank you Mary Alice and Collette for your support and love throughout the competition.

Competing at such a large and prestigious event requires a lot of preparation and planning. One very important element in competing is adhering to the official rules. Below are a few of the details about the official rules for the opening round(s).

OPENING ROUND
STRUCTURED BUILD:
The Structured Build for the Bacon World Championship is “Quiche Lorraine.” Competitors
are not required to use a specific bacon brand. Competitors will need to bring their own
bacon for this build. The Structured Build creates an even “playing field” by requiring all competitors to create the same type of dish. The competitors who set themselves apart from the field will have proven their culinary skills in creativity and execution within this structured requirement.

As defined, a Quiché Lorraine is savory open crust pie, filled with custard flavored with, but not limited to, bacon and cheese. Source: World Food Championships 2017 Competitor Packet

Competitors are also instructed to write a brief description that best showcases our recipe for the judges. Here's mine.

My Quiché Lorraine recipe is the perfect blend of French Gruyère, Applewood smoked cheddar, and goats milk white cheddar cheeses. The Gruyère satisfies with its traditional nutty and assertive flavors while the fruity, sweet aroma of Applewood smoked cheddar complements the hickory smoked flavors of thick cut bacon. The goats milk cheddar lends a certain and familiar tang; while a mixture of heavy cream and eggs create a creamy custard that rests atop a black and white toasted sesame seed and smoky bacon dust infused pie crust. For added depth of flavor, champagne honey mustard is infused into the filling and the crust receives a light brushing of the mustard before baking. Fresh snipped chives finish the Quiche adding color and mild onion flavor.

Without a doubt this is the best Quiché I've ever made or eaten. One of my competitors, Two Smokin Guys, NY (Galuski, Dave) made a perfect rendition of Quiché Lorraine. WOW! I need a slice of that pie! 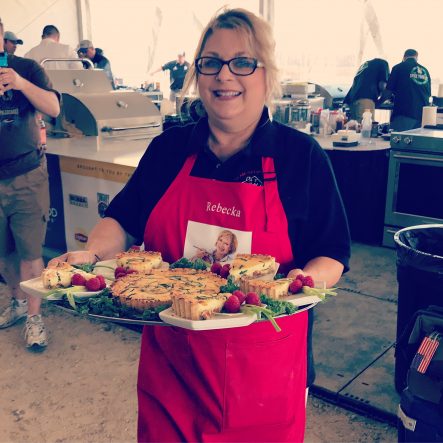 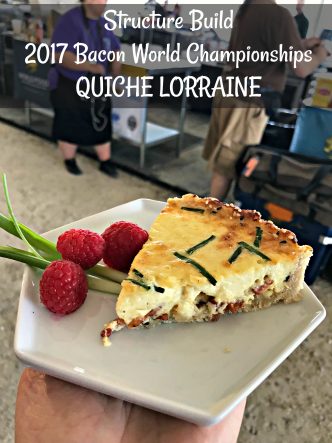 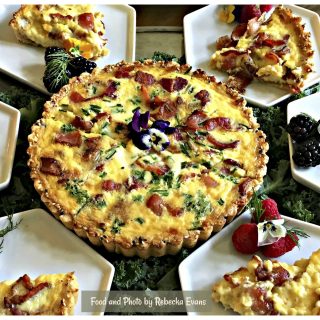 FOR THE PIE DOUGH 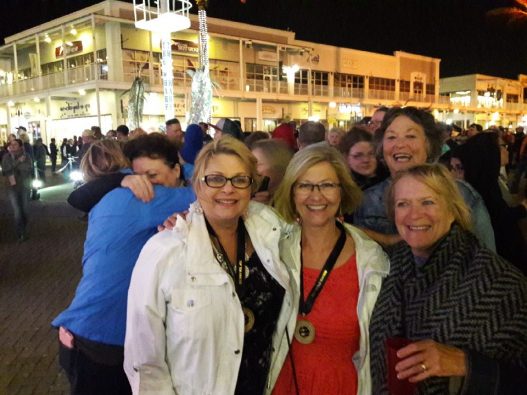 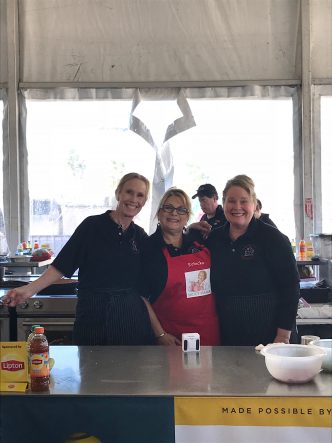