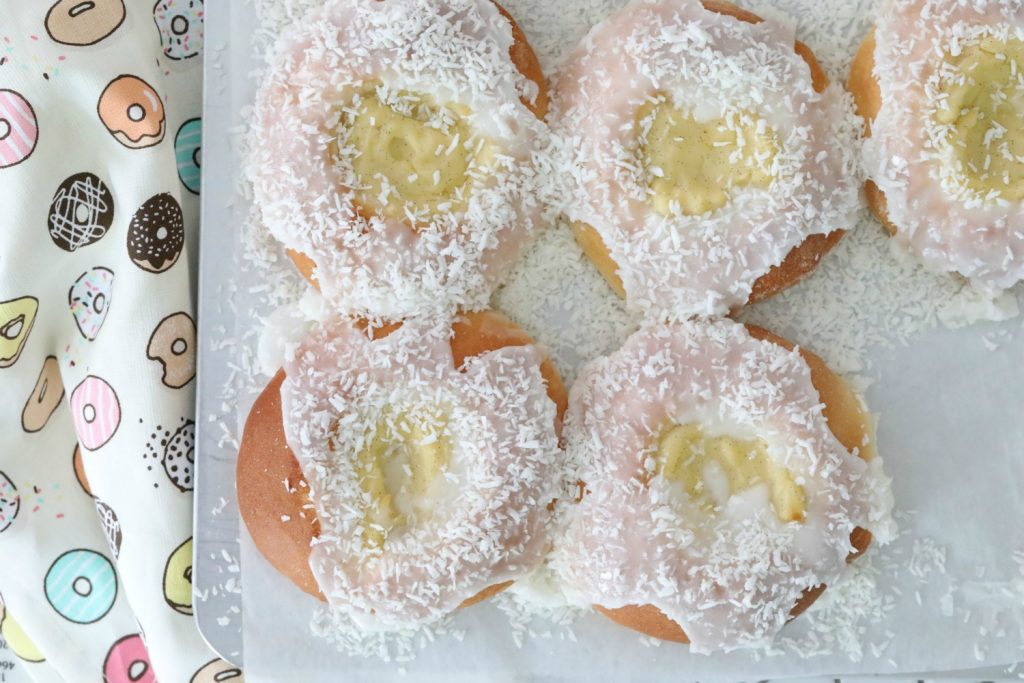 I hope that everyone that's baking along is feeling more like a "Master" Baker than a "Disaster" Baker; especially since we're about to bake Recipe #5. Seeing all of your beautiful photo entries in the WOOBOX Gallery gives me a sense of pride as we bake together in the challenge - keep up the good work! Hard work always pays off, and just like one of the contestants said to me last week: "This is a marathon not a sprint but the effort is so worth the chance of winning that Ankarsrum Mixer!"

Here's a photo of the mixer just to give you a little motivation. Isn't she a beauty? 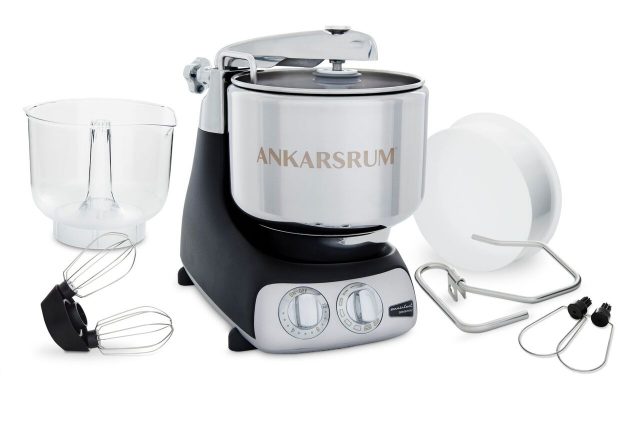 If you’re here for the first time and would like to join the challenge or check out what we’ve been up to, click the links to view Recipe #1 Mocca Meringues Ice Cream Cake, Recipe #2 Norwegian Cream Cake, Recipe #3 Manuela’s Best Vanilla Cupcakes and Recipe #4 Manuela's White Macarons with Milk Chocolate Fudge.

The requirements for this weeks challenge are the same as the previous three weeks and are written below:

In order to be eligible to win the $700.00 Ankarsrum Original Mixer you must enter a photo for ALL 6 recipes in the challenge. To win the Baking Book: Love Manuela,  you are required to enter 3 recipe photos.FOR THE 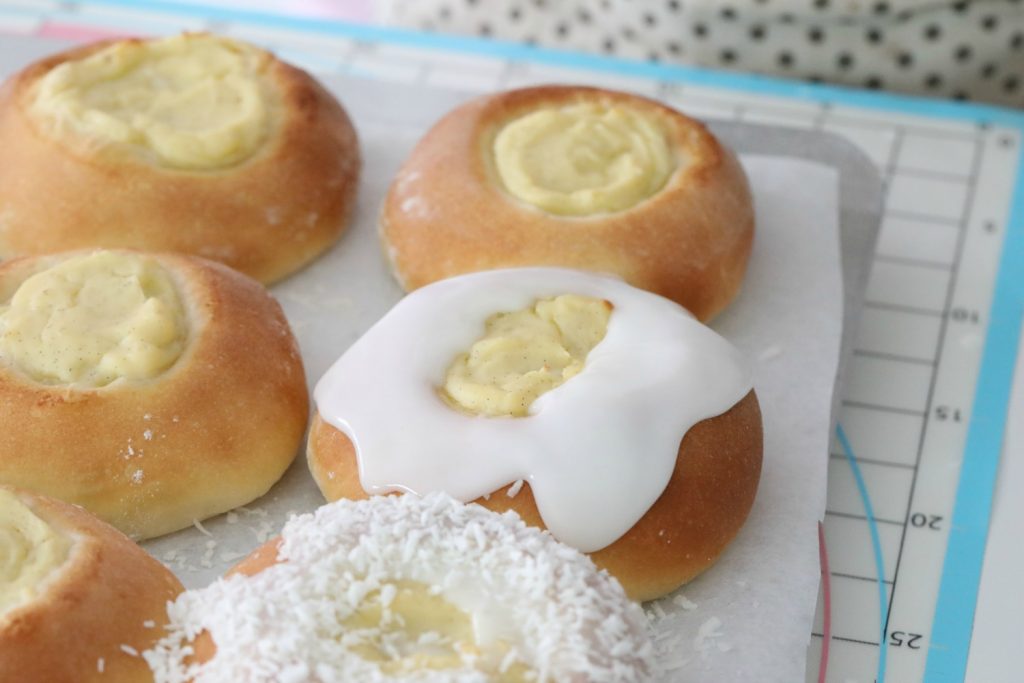 Attached to each of the six recipes sent to me by Manuela were notes written by her as they related to one of the recipes. Below is what Manuela said about Recipe #5:

I also would love for [the contestants] to make my sweet buns, a typical Norwegian sweet bun, topped with a custard, and coconut, these are sold in all the bakeries in Norway and are my favorite!

I now understand Manuela's love for Norwegian Vanilla Buns; as they have become my new favorite dessert. The bread is savory, sweet, delicious, and filled with her pastry cream recipe.

Despite my new love affair with Vanilla Buns, this recipe is a labor of love. You will need a full day to make this recipe in order to allow the dough time to rise not just once, but 3 times. To give you a bit of insight into what I mean, I started baking this recipe at 8 AM and didn't finish the recipe until 3:45 PM.

My biggest fear going into this week's bake resides within the fact that I've always struggled when baking with yeast. I can't ever figure out the perfect temperature to allow the yeast to grow; nor have I ever really taken the time to investigate the proper method. This week was no exception, and I was so frustrated that I had to contact my friend Lynn Beamer to get help. This is how our text conversation went (the information within the conversation is very useful for the recipe):

ME: Hi Lynn, sorry to bother you, I'm in desperate need of baking advice! What if my yeast doesn't "Bubble" like the recipe says?"

LYNN: Was the temp too hot?

ME: I have no idea! The instructions say use "lukewarm" milk

LYNN: Always have the liquid at 110-115 when using yeast for bread

The disaster was averted with the help of Lynn and her calm direction as my second batch worked perfectly. I'm not sure why it has taken me fifty plus years to learn the correct temperature for lukewarm...stubbornness I suppose.

Now that you’ve seen the STUNNING photo of Manuela’s Norwegian Vanilla Buns above, say hello to my rendition. 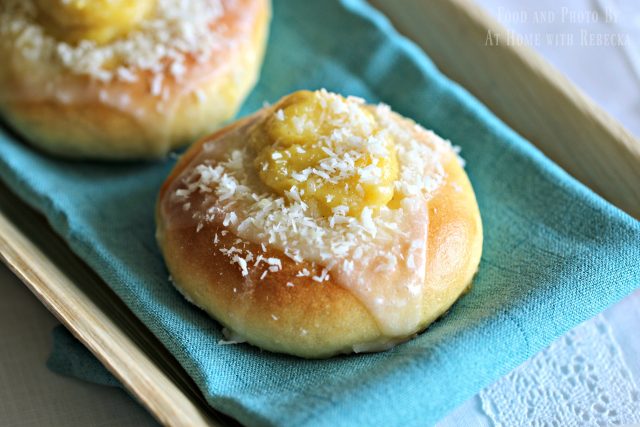 Some Thoughts on My Fifth Bake

My sweet buns turned out beautifully; and I was so tempted to eat them after waiting all day that I ate 2 before they could even cool! I didn't care though because they were delicious!  I had enough dough to make 10 more buns, so I decided to experiment with flavors and added a tablespoon of Nutella to a few buns and some raspberry jam to the rest (see photos below).

Although the recipe takes several hours to make, I'm happy to add Manuela's Vanilla Sweet Buns to my archive of baking recipes. The recipe is super versatile, and I plan to make them again and fill them with Swiss cheese, ham, and bacon (of course). YUM! 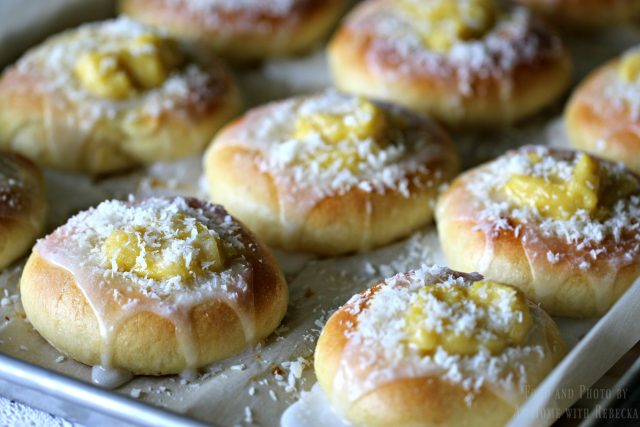 Now it’s your turn to bake your “Master or Disaster” piece! Remember you must post a photo of your completed dish to the WooBox link (listed below) by September 1, 2018 Midnight CST

If you need step-by-step instructions after reading Manuela’s recipe, then please check out her helpful how to videos. (Manuela’s beautiful photos of her creations are located HERE), and be sure to add a photo of your rendition to the WOOBOX entry form below. Happy Baking! 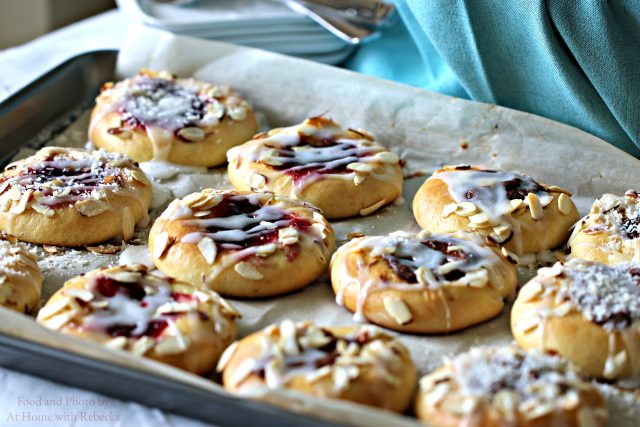 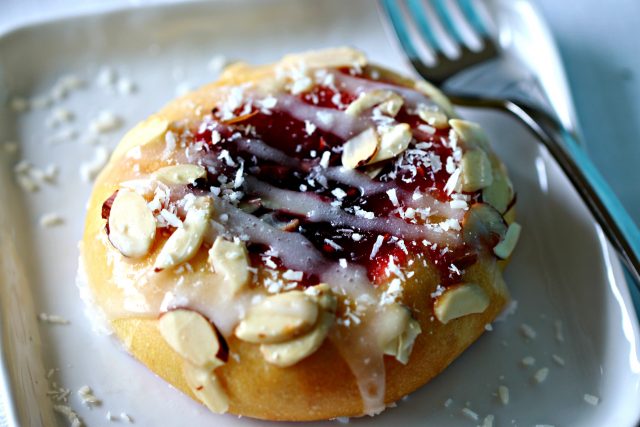 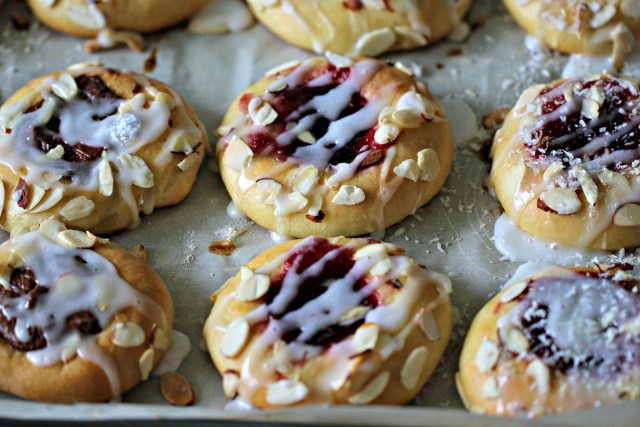 « Are You a Master Baker or Disaster Baker? Contest and Giveaway RECIPE #4
Zapiekanka - BLENDABELLA Recipe Challenge »