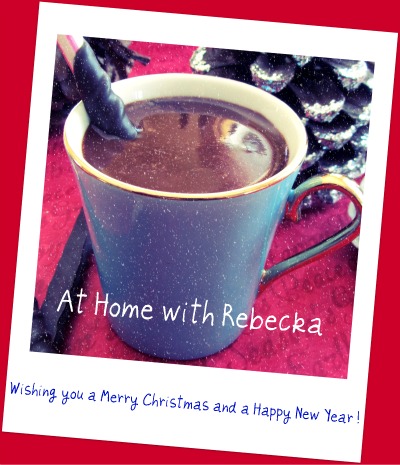 I'm re-posting this recipe to send good cheer to all my faithful readers this Christmas Season! Surprisingly, this post has been my most visited over the past year.
SANTA HOT CHOCOLATE with Cinnamon Cream

This recipe is highly classified!! Be warned...it is the REAL DEAL!

During the Christmas Season my family enjoys a rich and diverse set of Holiday traditions and almost all of them involve food! Santa Hot Chocolate is at the top of the list!
This perfect cup of sipping chocolate is served to Santa by his beautiful wife Mrs. Clause, right before he heads out on his sleigh Christmas Eve. Pumped high with adrenaline and coco flavonol, Santa sets out into the night to deliver toys to good little girls and boys.

Santa Hot Chocolate is filled with magic and can turn any Grinch into a cuddly teddy bear!
Now you might ask how I came by this classified recipe....
On a strict diet of candy canes and hot chocolate, there was one tiny elf willing to give up the recipe just to get a Big Mac, biggie sized meal with a giant cup of Coke! It's not pretty, but everyone has their price!! 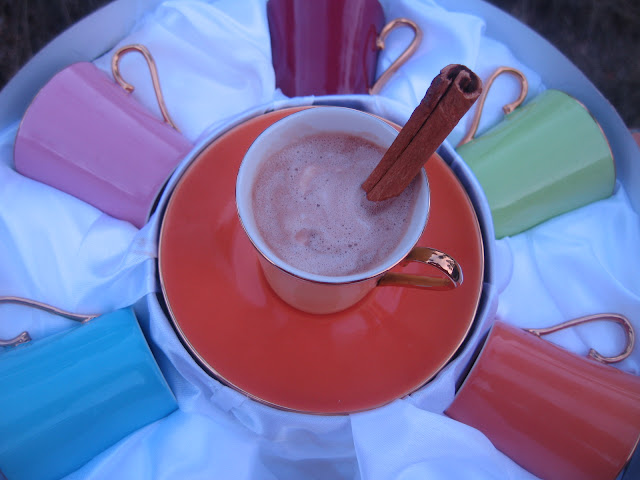 Santa has a very special mug from which he drinks this magical concoction. His body is accustom to the heavy dose of Christmas Spirit held in each mug, so he is able to drink large quantities in just one sitting.   On the other hand, mere mortals such as ourselves must take the chocolate richness in smaller doses.

There's a certain etiquette that must be followed when drinking Santa Hot Chocolate.  Then and only then, will the magic happen.

DIRECTIONS:
In a heavy sauce pan heat table cream and 1 cup whipping cream on medium heat, bring to a simmer, do not boil.  Stir in ½ cup sugar until dissolved, add the cocoa powder and whisk until mixed thoroughly, add the chocolate chips and stir until melted, add salt and 2 cinnamon sticks and simmer for 5 minutes.

Serve chocolate in sipping cups with a cinnamon or peppermint stick for stirring, add a small dollop of cinnamon cream and powdered cinnamon over the top...

Finally, be ready for a magical experience!! 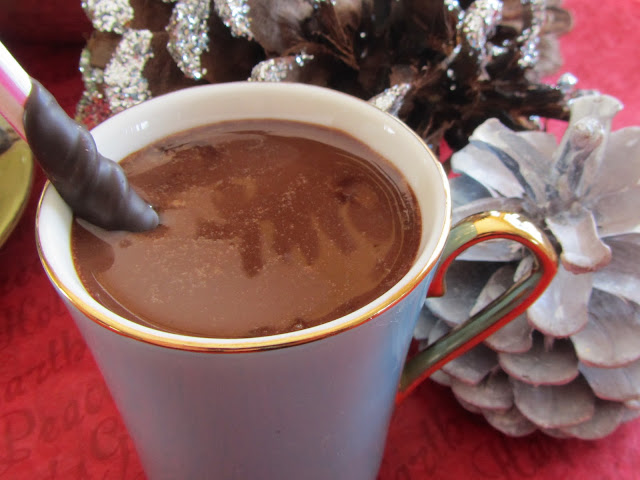