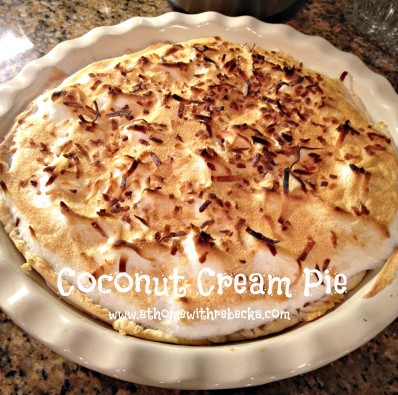 Day  by baking this super rich and dreamy Coconut Cream Pie for her high school math class. Students that participated in the exercise were promised to receive extra credit for their efforts. In my opinion, that is never a bad thing when it comes to grades.

Pi Day: March 14 is Pi Day, a sacred celebration in which radius and circumference lovers rejoice over circular snacks and decimal-reciting contests. Pi (Greek letter “π”) is the symbol used in mathematics to represent a constant — the ratio of the circumference of a circle to its diameter — which is approximately 3.14159. -- By Charyn Pfeuffer

This was Shannon's first attempt at making a cream pie from scratch. She did an excellent job making Emeril Lagasse's coconut cream pie recipe, needing only a few cooking tips from mom!  She also made a great first impression on her teacher with her pie baking skills, eliciting an exuberant, "I need that recipe" response!

Shannon not only impressed her teacher with near perfect execution of this cream pie recipe, she also recited, from memory, twenty places of PI: 3.14159265897323846264! She won the class competition and earned herself a cake made by her teacher. We celebrated with her favorite dinner, Picnic Pork Roast.

My favorite recipe for coconut cream pie is made by Emeril Lagasse. No need to reinvent the wheel when you have a foolproof recipe! 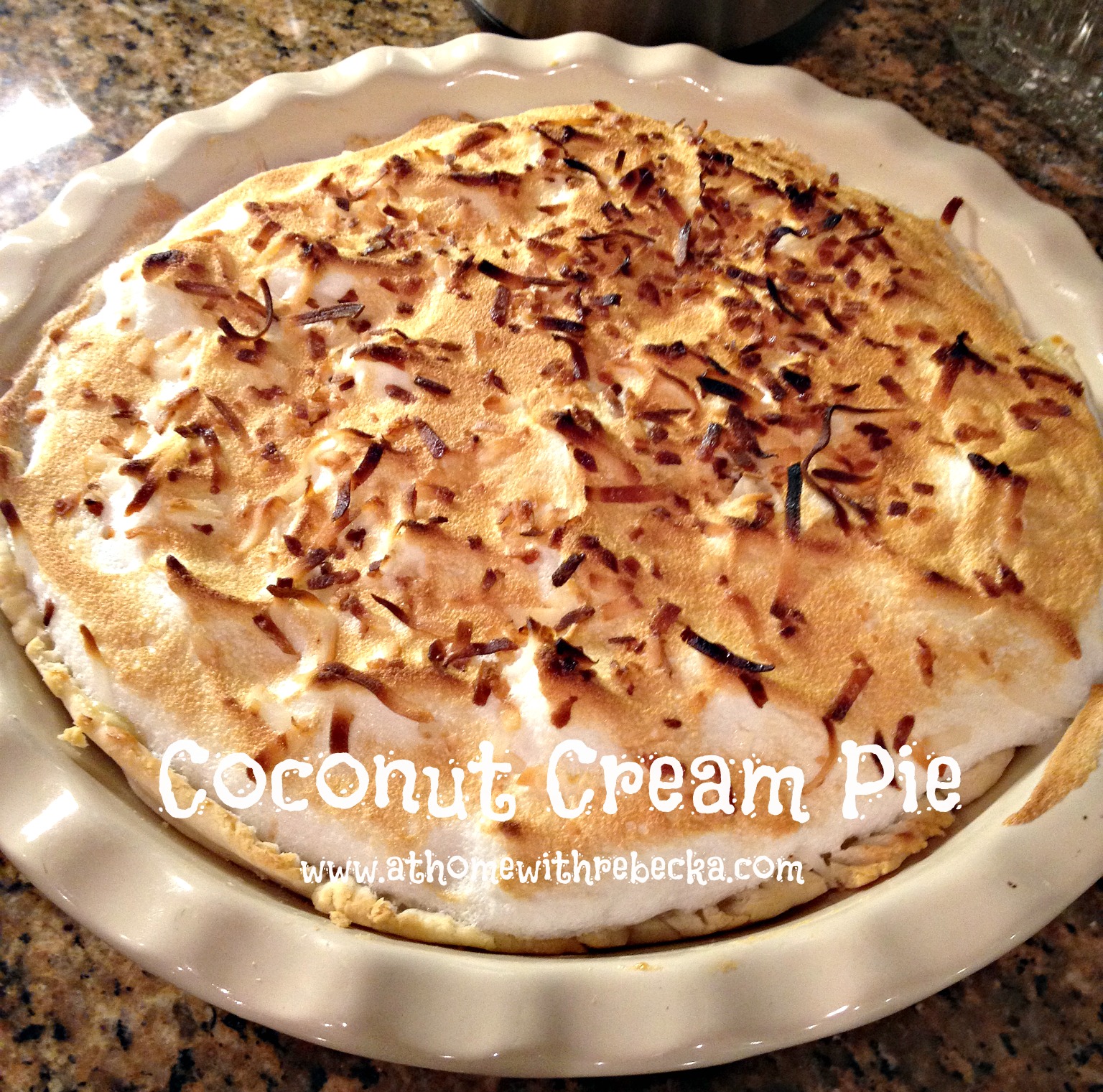