My friend and fellow food competitor wowed the world when she won a Golden Ticket in the Taste of America Challenge, and a chance to compete at the 2018 World Food Championships in the Dessert Category. What's so special about Ava is the fact that she was the very first autistic chef to ever compete at the World Food Championships and I couldn't be more proud of her.

I met Ava while I was living in California at the 2015 San Francisco Flower and Garden Show. She was a member of the audience during my cooking demo “Making Heirloom Jams with Garden Petals.”  After the demo, Ava stayed behind to sample some of my jellies, leading to a conversation that would begin our wonderful friendship.  She told me that we had a lot in common, stating that she was also a food blogger and food competitor. Ava told me she was a cooking instructor and worked for the South San Francisco School District nutrition services, and also taught cooking classes at the South San Francisco Library and Burlingame Recreation Center. She told me about her countless State Fair prizes and ribbons for baked and canned goods, and about her food blog Recipes From an Autistic Chef.

Drawn to Ava's sweet smile and happy disposition, I was so impressed by her resume and insatiable desire to learn everything she could about food sport. Not to mention, I was impressed by her wish to become a TV food personality. Ava and I exchanged contact information and started a new foodie friendship that afternoon.

Despite the adversity from being on the autism spectrum, Ava has managed to overcome the daily obstacles associated with the disorder, utilizing her cooking skills to serve her family delicious home-cooked meals, and become an award-winning home cook. Most recently, Ava has landed her dream job as a certified cooking instructor for Williams and Sonoma.

A Photo Journey of Friendship:

To read more about our time cooking for East Bay Kids Special Needs Class click HERE. Scroll over the photos for descriptions. 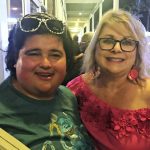 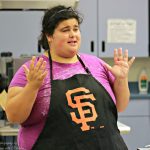 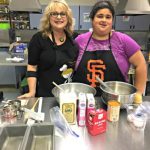 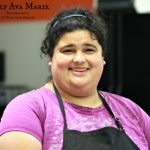 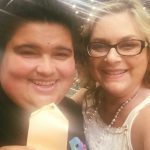 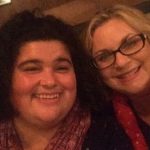 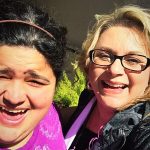 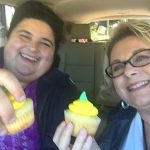 An Interview with Ava:

Rebecka: Why did you decide to become a food blogger?

Ava: In 2011 I've just graduated from Canada college adult vocational transitional program. All my friends and classmates were finding new directions to pursue their careers as employees at nonprofit special needs day programs such as Community Gatepath. So I didn't want to join in any of these programs. I kinda learned so much from life experiences as a college student and was that girl to bring food to classmates and family and it was my dream to write a food blog of where I come from and my journey to share food as a person with autism myself. I launched Recipes From an Autistic Chef at age 23 to prove I can succeed in lifelong situations and not to be the underdog like I was as a special education student.

Rebecka: What made you want to go into competitive cooking?

Ava: At age 21 a year before I graduated from Canada college was the early stages of my competitive cooking at the San Mateo county fair culinary arts 2010. Won best in the show and later on red, white, and blue ribbons and honorable mentions. I learn from judges' critiques and use them in my culinary entries. I make sure it is well-executed. In 2017 I earned a golden ticket entry for the world food championship dessert category for challenge butter it was pushed to 2018 a year later. In 2018 I also competed in a 7-mile house Abobo cook-off among the best home cooks of the bay area and placed 4th in Abobo.

Ava: What I like most about competitive cooking is that I feel like an iron-home chef. It makes me stronger as a home cook and baker and I learn from competitive cooking. Timing is key. My least favorite this is well, the pressure, it's ok to have pressure but I am not a feminine Gordon Ramsay, I'm my sweet self who gets the job done and plates in on time.

Rebecka: Are you a self-taught cook or professionally trained?

Ava: I am a self-taught cook. I didn't go to culinary school. I learned to cook from my mom, my grandma Lou my mom's mom, and auntie Laura. Also learned from neighbors and still learn from neighbors now fellow contest home chefs these days who are passionate like myself and by taking recreational cooking classes.

Rebecka: Is there a chef you admire the most? Who and why?

Ava: Ohh, of course, it's got to be Rachael Ray. She is a dog lover and she's one of the best home cooks in America who didn't go to culinary school and has a 12-grade education like myself. I look up at her. She said to most of her fans "Don't give up" and I find out that was true. I use social media through food and people. It brings us together. I own all of her cookbook Collection.

Rebecka: What is your favorite cuisine to cook?

Ava: International cuisine, I learn a wide range of Cuisines from Asia to comfort food. Plus I love to bake delicious desserts. I'm making molasses applesauce donuts tomorrow from my food blogger pal Katie Morford who is the author of Rise and Shine Cookbook on Amazon and I have taken some of her classes in Daily City California.

Rebecka: What are a few of your most memorable cooking experiences?

Ava: I got to meet Guy Fieri on the set of guys grocery games and he was such a sweet guy in real-time. I got to try some of the spicy fried rice that he made for his mom and she wasn't even hungry; he ended up gifting to a lucky fan. I also took my brother Billy (aka GMO) to meet Bo Jackson a former NFL and  MLB player who makes Bos Burgers. My brother and I are sports fans for the NFL and NBA so we checked it out and he got a signed shirt and it was a great experience.

Below is letter from Ava following World Food Championships 2018:

Thank you Rebecka for your encouragement to join your World Food Championship family of home cooks and professional chefs alike; they were so welcoming and I feel like its such a huge milestone in my life. If you can do that I can too. I plan to get new competitors involved like you did with me. Thank you!! Also thanks to Mike McCloud and Julie Haun for working super hard making it happen for all of us. 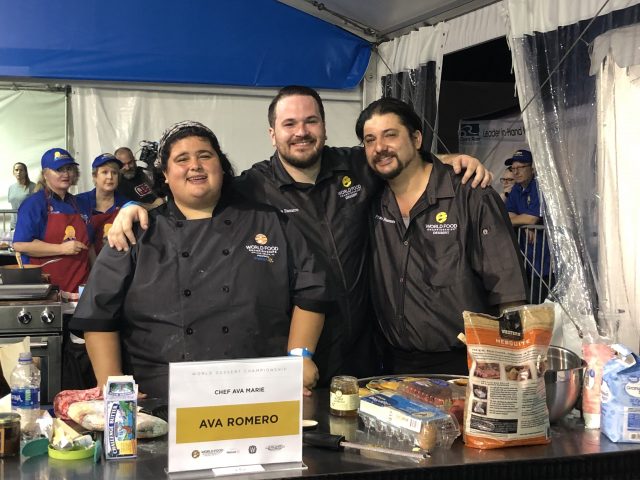 Chef Ava had her family's total support for her 2018 World Food Championships debut. Ava's mom and dad made sure Ava had the help she needed to succeed as she stepped into WFC Kitchen Arena for the first time with her brother's Billy and Frank Romero by her side.  Billy works in the food industry and served as Ava's head sous chef. Frank worked on two fronts for Ava as a sous chef and her social media specialist. Their smiles in every photo tell the story of their joy in helping Ava live her dream.

When I spoke to Billy and Frank for the first time in person they were amazed by the enormity of the World Food Championships. Billy and Frank were also impressed by Ava's celebrity. When they arrived in Orange Beach, AL all of Ava's foodie fans and Facebook family were waving them down and stopping them on the streets to meet Ava and wish her well. Frank told me, "Ava's a celebrity here, everyone knows her!" One of the greatest parts of Food Sport is the support from the family of foodie friends we share. 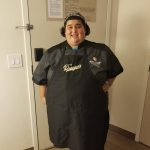 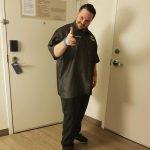 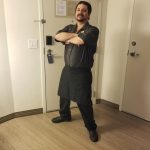 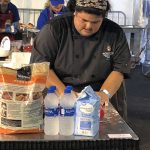 Ava cooking her heart out 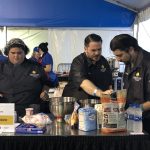 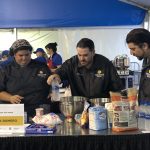 Ava won her Golden Ticket to the WFC Dessert Category in the Taste of America Challenge for her home state of California. Like all of the competitors, Ava had to create an original Signature Dish and a required Structured Dish for the first round of the competition.

Both of Ava's recipes looked amazing but unfortunately, I didn't have the opportunity to taste them. Ava really held her own under the pressure to make two desserts in two hours.  She was the consummate head chef during the cook-off. She guided her brothers through her recipes like a champ and turned in both dishes on time. I was jumping up and down, screaming and crying happy tears as I watched Ava walk to the turn-in table with her brothers. Way to go Ava!

Ava was one of 34 professional chefs and seasoned home cooks that competed in the 2018 WFC Dessert Category. She placed 28th overall.  She also scored a whopping 93.5 on her required Structured Build recipe which is serious, AMAZING for her first time competing under so much pressure. This girl can bake and cook like a pro. 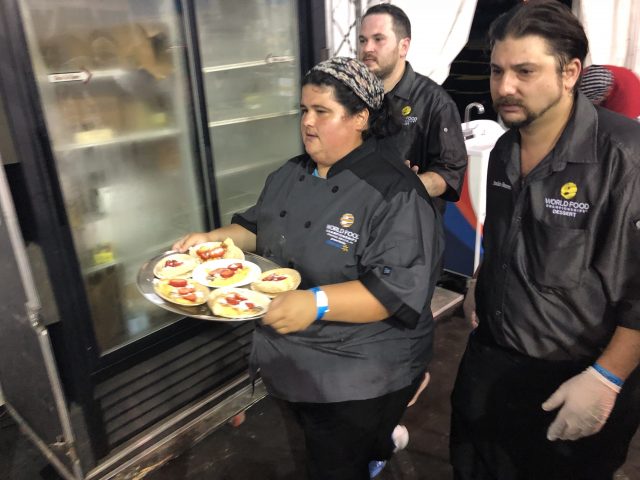 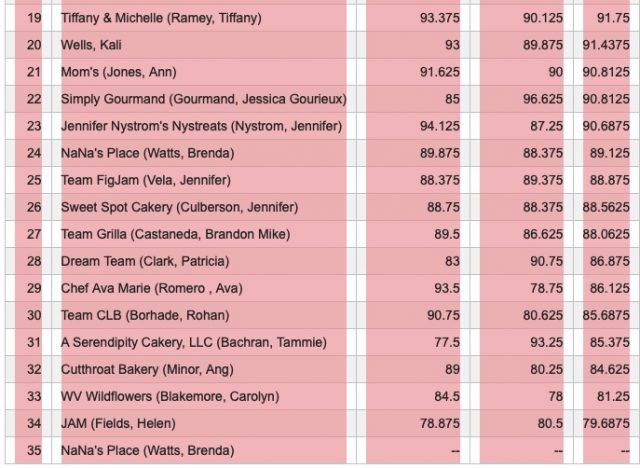 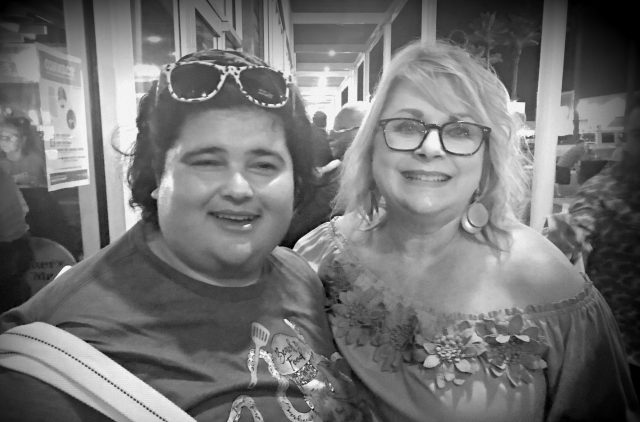 It's been such a joy to watch Ava blossom as a food blogger and competitive home cook. For me to have witnessed what she states is "a dream come true" to compete at the World Food Championships was simply priceless.

I'm so thankful that our love of food blogging and food sport brought us together, and that we are forever foodie pals.

PLEASE stop by and follow the Autistic Chef Ava Marie on Facebook. You can find more of her delicious recipes on Autism Cooks.