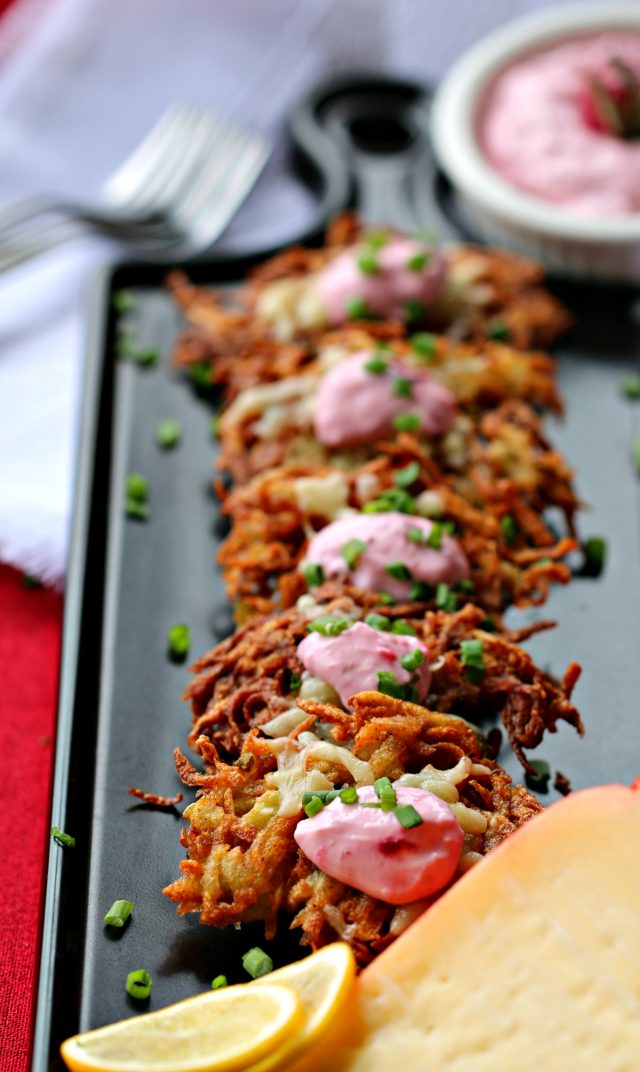 Potato Cheese Latkes with Cranberry Sour Cream are the perfect Hanukkah appetizer for your holiday table this season.

I love the traditional crisp texture of latkes, so when developing this recipe I knew they would pair beautifully with the unmistakable milky taste, and slight buttery characteristic of Mahón-Menorca Semi-Cured cheese. When paired with the creamy, sweet flavor of cranberry sour cream, my latke recipe is the perfect bite of sweet and savory. 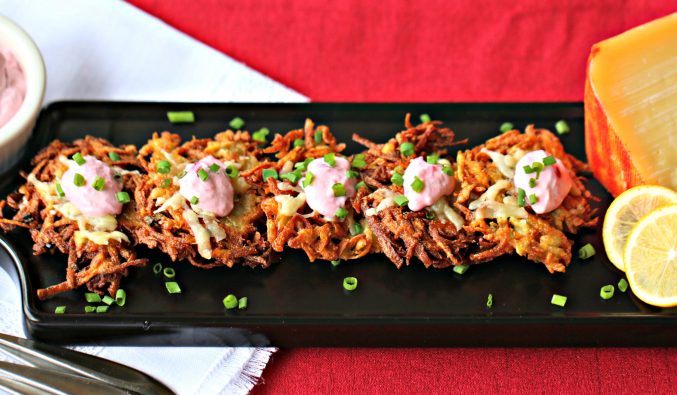 Grand Prize – A Five Day Trip To The Beautiful Island Of Menorca, Spain

Take the challenge and share your creativity using Mahón-Menorca Cheeses that are produced in three delicious degrees of maturity; Semi-Hard pasteurized 3 months old, Hard pasteurized 5 months old and Semi-Hard raw cow milk 3 months old. Mahón-Menorca Cheese is a very versatile cheese that can be used as a topping, infused with an array of vegetables, rices or as a stuffing or filling that delivers a full range of flavors that can transform any dish.

There are three categories for the challenge; appetizers, side dishes and entrées. Bloggers are encouraged to participate in all three categories. One winner will be selected from each category and be awarded $500.00. The winning recipes from each category will then compete to see who will becomes the grand prize winner of the “Mahón-Menorca Cheese Holiday Blogger Recipe Challenge.” The Grand Prize Winner will win a five day trip to the beautiful Island of Menorca, Spain. The Grand Prize includes airfare for one, lodging (for two people) and rental car (for two people). The contest starts on October 1, 2018 and ends December 31, 2018. NO PURCHASE NECESSARY.

Mahón-Menorca Cheese is looking for inspirational ideas to create “Simply Better Recipes” that occurs when creativity is fused with unexpected flavors and wholesome ingredients that deliver a full range of flavors that makes every seem extravagant.

I sure hope the judges agree that this recipe is not only inspirational but easy to make, packed with wholesome ingredients and flavor that make this essential Hanukkah recipe even more extravagant made with Mahón-Menorca Cheese.

Most importantly, I would love to win the Grand Prize trip to the beautiful Island of Menorca Spain. 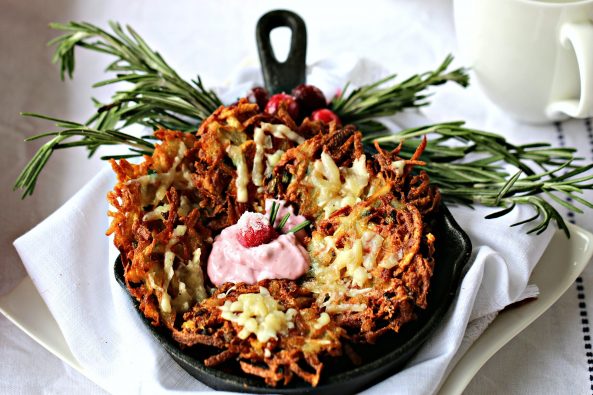 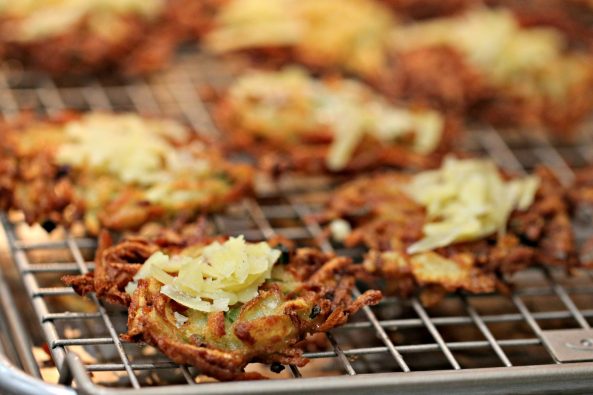 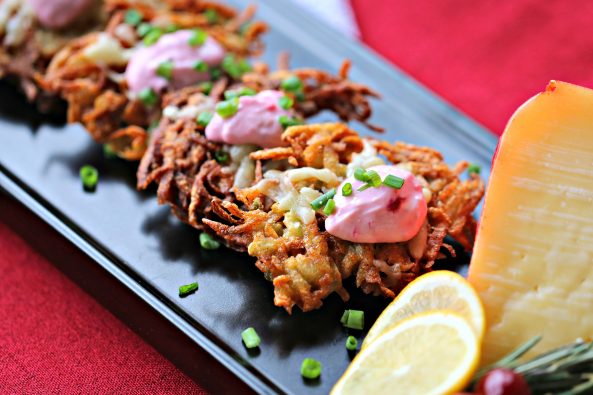 Mahón-Menorca Cheese is produced on the island of Menorca, one of Spain’s Balearic Islands. A paradisiacal Biosphere Reserve Island (certified by the UNESCO) located in the Mediterranean Sea. Mahón-Menorca Cheese is a Protected Denomination of Origin (P.D.O.) based upon the geographic and distinct climate factors including its temperature, humidity, light, wind and salty pastures, and its ancient farming methods mastered by generations of the Menorca family farms. Made from menorcan cow’s milk (pasteurized or raw), exclusively matured on the island of Menorca. The Mahón-Menorca Cheese Holiday Blogger Recipe Challenge is being implemented by Thought For Food & Son. READ MORE>>>>

Mahón-Menorca Cheese can be purchased nationwide at Whole Foods, and at other fine retailers such as Fairway Markets, Harris Teeter, Saveway, Kroger, Murray’s, Central Markets, Costco, Gourmet Garage, West Side Markets, Zabar’s, Central and Town & Country Markets in Seattle and at the best specialty stores all over the country.

A LITTLE BIT ABOUT ME

Welcome to At Home with Rebecka!

This has been my blog home since 2010. I'm a wife, mother, grandmother, and an award-winning competitive cook.

I'm living my best life; a culinary journey of comfort and style in Houston, Texas.
I'm so happy you're here.
Read More…