Watermelon Pickles are succulent little pickles and a heirloom recipe past down to me by my mother Anne.

We tried watermelon pickles for the first time when a young couple brought a jar as a hostess gift to a party my parents were hosting. We were living in Albuquerque, NM in 1965 where the pickles were such a hit they precipitated a new tradition of canning watermelon pickles in our home every season. 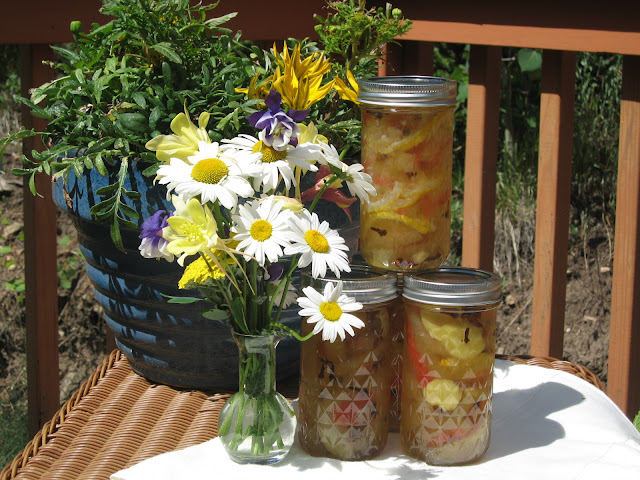 Popping open a jar of these delightfully crisp pickles and smelling the combination of clove, cinnamon and ginger is like a bite of summer in a jar. The crisp freshness of the watermelon rind and crunchy richness of the pickle will make your mouth dance with delight.

As kids we chose to just eat them straight from the jar but they pair well with many main dishes. Try serving them with a hot curried chicken and rice dish or as an accompaniment to a leg of lamb. The flavor is strong and sweet so it takes a very hearty dish to stand up against the robust flavors. 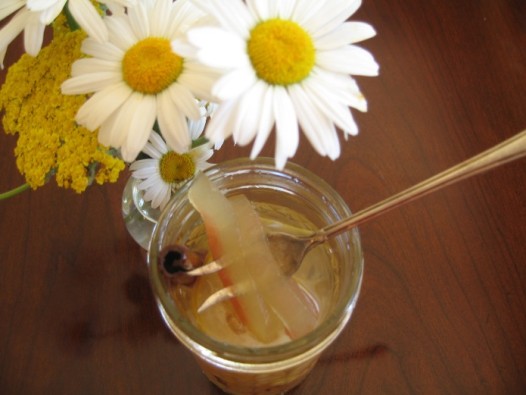 Choose a large seedless watermelon and cut in half. Remove all the flesh leaving just a bit of red flesh on the rind. Cut off the green skin and cut rind into 2-3 inch strips. In a large bowl place 6 cups of rind into 2 quarts of cold water, add remaining ingredients and let soak 5-6 hours or overnight in the refrigerator. Rinse the rind in a large colander rinsing off as much of the pickling spice as possible

In a large stock pot cover rind with cold water, add the sliced ginger and cook for 30 minutes or until fork tender. Drain ginger water keeping the ginger flesh with the rind.

Using a pair of tongs gently remove the flesh of the watermelon rind, lemon peel and ginger and place in sterilized jars. Using funnel ladle or pour hot syrup over the rind leaving ¼ inch at the top of the jar free. Wipe rims with a damp paper towel to clean any spilled food to make sure a tight seal.  Cover with lids tightly and boil filled jars in water bath for 15 minutes. Remove to a clean hand towel and let stand until you hear a distinctive "pop" or "ping" sound.  It can take up to 24 hours for a proper seal on some jars, so don't be afraid if you don't hear the popping sound right away.  If by chance, one of the jars doesn't seal (push the top of lid and if it moves up and down it's not sealed) . Refrigerate  and enjoy right away with your family and friends. You can also Reprocess an unsealed  jar by placing a new heated lid on the jar and re-heating per the recipe instructions.
Makes 18 to 24 jars 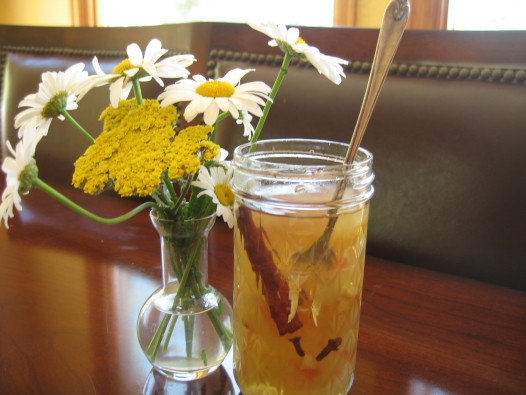